The Association of Christian Schools International (ACSI) was founded in 1978 when several regional U.S. school associations joined, becoming a united voice to advance excellence in Christian education. The leaders’ vision was to inspire, challenge, and resource educators and schools. First headquartered in La Habra, California, ACSI moved to an expanded facility in Colorado Springs, Colorado, in 1994. Today, ACSI serves nearly 24,000 schools in more than 100 countries.

As an association we are committed to:

Immerse ourselves in the Holy Scriptures and prayer, both individually and corporately; consistently measure all association actions, programs, and resources against the teachings of the Word of God; and recognize our total dependence on Him.

Allocate our resources, including time and finances, in such a way as to bring maximum benefit to our members, and respond promptly to constituent needs.

Act with faithfulness and integrity and exercise diligence in program administration, with thoroughness and research-based expertise in the production of resources, and with fiscal accountability, realizing that ACSI ultimately belongs to God and we ultimately answer to Him for all we do with that which He has entrusted to our care.

Be authentically international in structure and practice, promoting international, national, and regional organizational leadership for the mutual benefit of all member schools; develop programs, resources, and services with all constituents in mind, utilizing insights learned from colleagues from around the world and evidencing the high value we place on gender, ethnic, age, and cultural differences.

Staff and Their Growth

Influence public policy and public perception that have an impact on Christian schools and the rights of Christian educators everywhere, seek appropriate representation to protect the rights of parents to be free to choose the educational program that in their view best meets the educational and spiritual needs of their children, and work in collaboration with families, churches, governments, and other leaders and organizations to promote school compliance with all applicable laws and to promote the ability of private individuals or groups to establish and support Christian schools without restriction or reservation.

Our Statement of Faith is not exhaustive of all of our beliefs. The Bible, as the inspired and infallible Word of God, speaks with absolute authority regarding the proper conduct of mankind and is the unchanging foundation for all belief and behavior. The ACSI Board of Directors holds final interpretive authority on biblical meaning and application with regard to faith, doctrine, policy, practice, and discipline.

The former Legal Legislative Issues Department will become ACSI Public Policy and Legal Affairs. The shift is intentionally aligned with the Advocacy pillar, part of the Association’s Three Pillar Strategic Plan. The move is designed to help ACSI focus more on ensuring the Association accurately represents the needs of Christian schools.

“We are continually approaching new horizons at ACSI,” he said. “The restructuring and shifts taking place in our Public Policy and Legal Affairs Department are intentional and strategic for the overall advancement of Christian education.” 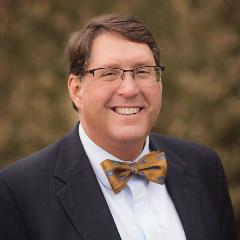 Tryfiates succeeds Steve Novotny, who will remain an advisor to ACSI as he transitions to pursuing other professional priorities.

Taylor praised Tryfiates for the tailored skillset he brings to lead in this role.

“I have seen George’s leadership and concentrated efforts in Washington, D.C. over the past ten years serving as ACSI Director for Government Affairs,” he shared. “He has been our boots on the ground in the capital, tirelessly advocating on behalf of our Christian schools. I believe in his new role, George will continue to serve as a strong voice for Christian education.”

In his previous position, Tryfiates actively participated in all aspects of public policy, including nonprofit governance and policy, advocacy and media.

Tryfiates commented on his new role, stating, “It is a great honor to advocate on behalf of our Christian schools. ACSI is one of only two associations with permanent representation in Washington, D.C. and we are passionate about protecting and advancing Christ-centered education.” 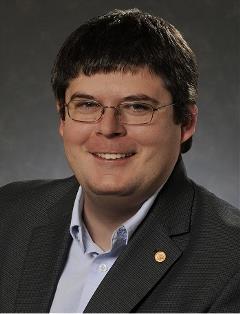 assumed the role of ACSI Vice President for Legal Affairs.

The new position gives Scott the opportunity to oversee all ACSI legal programs that serve member schools. He will continue to be a resource for members in the areas of school consultation, public policy, law, and legislation.

Tryfiates believes Scott, who has served at ACSI for 11 years, has the ideal experience for his new role.

“One of Philip’s key achievements was to create and launch ACSI’s Children’s Tuition Fund, a nationwide scholarship granting organization that provides scholarships to low income families in six states,” he said. “CTF now provides $9 million worth of scholarships a year, and this would not have happened without him.”

In addition, Scott will assume many of ACSI Chief of Staff Dr. Tom Cathey’s areas of responsibilities. Cathey will retire in August 2022 after 14 years providing guidance and faithful service to Christian schools.

ACSI is also actively recruiting to fill a Director for State Advocacy role to continue to provide support in the growing state advocacy sector.

Taylor shared his excitement about the changes and believes they will strengthen ACSI’s ability to advocate on behalf of Christian education.

“I’ve said it before and I’m glad to say it again—these are very exciting times at ACSI, and I’m truly looking forward to seeing how God moves through us to defend and bolster the Christian education movement. It’s an honor to serve Him as we do His work around the world!”