Institutions of Christian higher education have a crucial role in training future leaders, educators, and workers for service worldwide. They commendably fill this role and continue to meet the critical need for well-trained, biblically sound teachers, administrators, leaders, and others.

As colleges and universities seek to be effective in preparing young hearts and minds for their vocations, ACSI desires to assist in that process and partner with higher education institutions worldwide. ACSI membership offers Christian colleges and universities the opportunity to engage their EE–12 colleagues in a variety of settings. ACSI member colleges cooperate in the Distinguished Christian High School Student Program and the Higher Education Accreditation Program.

The Higher Education Accreditation Program (HEAP) is offered to currently accredited ACSI member Christian liberal arts colleges, universities, and Bible colleges. Colleges and universities seeking to participate in the program must give evidence of a commitment to preparing teachers and administrators to serve in Christian schools and must show they are encouraging their graduates to prayerfully consider serving in Christian schools around the world.

Colorado Springs, Colo. – The Association of Christian Schools International (ACSI) is pleased to announce Dr. Jay Ferguson as the new board chair. Ferguson will assume the position July 26, 2021, and will serve a two-year term.

In his role, Ferguson will ensure the organization is effective in implementing its new strategic plan, using the Three Strategic Pillars of Advancing, Access and Advocacy to guide all decisions. 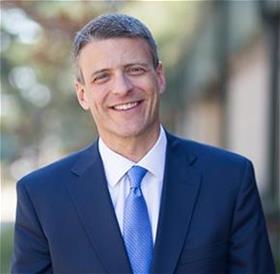 “As a current head of school, I know the importance of an organization coming alongside and helping Christian schools and their leaders develop and flourish,” Ferguson said. “ACSI is critically important to the growth of Christian education around the world.”

Former ACSI Board Chair Robert “Bo” Gutzwiller has served for two years. He believes Ferguson possesses the ideal skillset and experience for the position.

“I’ve thoroughly enjoyed my time as ACSI Board Chair and have no doubt that Dr. Ferguson will bring a high level of discernment and expertise to the role,” he said. “I’m thrilled to see ACSI continue in a very strategic direction.”

Ferguson recognizes the magnitude of the Christian education movement internationally.

“As one of the largest global Christian school organizations, ACSI has the potential to impact millions of children and thousands of schools for God’s Kingdom,” he said. “I look forward to working with the leadership team to ensure a viable and healthy ACSI— one that thrives in achieving its mission.”

ACSI President Dr. Larry Taylor expressed his gratitude to Gutzwiller for his years of dedicated service.

“God is doing an amazing work,” he shared. “I have been honored to serve alongside Bo Gutzwiller for two years and am grateful for his commitment to Christian education. I believe he is passing this baton of leadership to the very capable hands of Dr. Jay Ferguson.”

Ferguson has served at Grace Community School in a variety of capacities including development director and head of school. He holds a doctorate of Philosophy in Leadership Studies from Dallas Baptist University, and practiced as a lawyer before his time at Grace.

“What I love most about ACSI is not just what it’s doing domestically but what it’s doing internationally,” he expressed. “It’s an honor and a privilege to serve this outstanding organization, and I’m excited about the direction it’s heading.”

To learn more about ACSI, please visit the website at ACSI.org or connect with the ACSI Care Team by calling (800)367-0798 or at careteam@acsi.org.