Accreditation with ACSI engages schools in a vigorous, holistic process of organizational appraisal and improvement that engages every school constituent. Our program is a highly regarded Christian program for member schools. We have partnerships with all of the U.S. regional accreditation agencies and offer joint accreditation with numerous accrediting organizations.

Every step in our accreditation process is designed to be useful for driving improvement in private schools. If you are striving for excellence based on a solid Christian philosophy of education, consider exploring our program.

The purpose of ACSI Certification is to strengthen Christian schools by credentialing educators who meet established professional and biblical requirements. ACSI Certification promotes continued professional learning and increased effectiveness. Establishing and maintaining the certification of staff and administration is an essential step toward professional credibility and growth. Education is a process. Just as we encourage our students to grow and become life–long learners, we want to set the same example as their teachers and leaders. 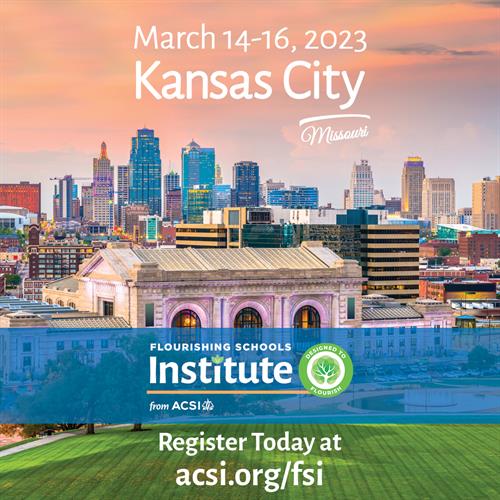 Twenty state attorneys general, led by the state of Tennessee, are challenging guidance documents issued by the U.S. Department of Education that interpret Title IX, which prohibits “discrimination on the basis of sex,” to bar discrimination based on gender identity and sexual orientation. Among other things, these documents would require that schools subject to Title IX allow males who identify as female to participate on female athletic teams and use female-designated showers and locker rooms.

“This court order enables ACSI to challenge the Biden administration’s reinterpretation of federal law that would allow males to compete on female athletic teams,” he said. “We are passionate about protecting and preserving fairness for our female athletes.”

ACSI member schools represent nearly 500,000 students across the United States. Member schools compete against public schools that receive federal financial assistance and are required to adhere to the new federal mandate. This places Christian schools and their female athletes at a disadvantage because the public schools they compete against in athletic events would be required to permit males to compete on female sports teams.

“We are pleased that the Association of Christian Schools International and the female athletes we represent will have the opportunity to participate in this case,” he shared. “Female athletes deserve to compete on a level playing field.”

Taylor is committed to ensuring the protection of Christian school students and female athletes in the future.

“We will continue to advocate on behalf of our Christian schools and students to defend their rights and promote fairness,” he said. “This is a huge win that we could not have accomplished without the commitment of our ACSI Public Policy and Legal Affairs Department and the support of Alliance Defending Freedom.”